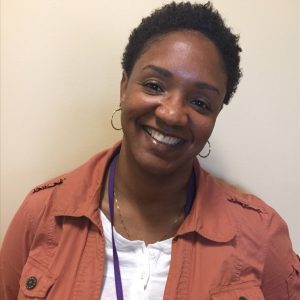 Monique Minkens has been a part of the anti-violence movement for 10 years.  She is currently the Director of Coalition Programs at End Domestic Abuse Wisconsin, the State Coalition for domestic violence programs in the state. She is a social justice practitioner and change agent who believes service to others should include help that exposes those in crisis to options and choices that allow them to liberate themselves.

Her ultimate goal is to facilitate the dismantling of white supremacy in the anti-violence movement and create a movement that serves all individuals who see support and liberation.